Top 5 Animal-Related Things to Do in St. Kitts

Us Paddle Boarding near where we saw the sea turtle

One thing that was really exciting was going paddle boarding at Shipwreck Beach and seeing a sea turtle. Well, not exactly ‘seeing’ one, since I didn’t have my glasses on, and I can’t see very well without them, but members of my group saw sea turtles in the water, so that’s good enough for me. We didn’t do a program or a tour or anything like that to see the sea turtles, we just got lucky. However, the person who supplied the boards told us that the best way to see turtles, stingrays, and other animals is on a paddle board, because the sea turtles are shy. I would definitely recommend taking out some paddle boards for a spin if you can, it’s not as hard as it looks!

2. See Egrets in Their Trees

Similar to Herons, Egrets are white birds with long necks that live in the Caribbean and other places like Sudan, Ghana and even in the warmer parts of the U.S., like Florida. Four kinds of Egrets live in St. Kitts, the Great White Egret, Cattle Egret, Reddish Egret, and Snowy Egret. One of the cool things about Egrets that our tour guide told us is that you can often see them nesting in spiky trees, the spikes don’t actually bother them at all! They developed this high-soaring home to lay their eggs to stop mongoose, another animal resident on the island, from climbing into their nesting trees and eating their eggs. Mongoose can climb trees, so the spikes are needed to deter them. Because of this animal relationship, you can often see egrets nesting in trees that look too spiky to be prime spots for bird nesting!

Picture from Wikipedia of  the House Gecko, a type of gecko that lives on St. Kitts

When we first arrived on our week-long trip, we made a list of the things that we wanted to do while we were there, and one of the first things on my list was to catch a lizard. And while I didn’t get to really catch a whole lot of lizards, mostly due to the fact that we didn’t do a whole lot of hiking on this trip, I did have some encounters with some small lizards (including my mom stepping on one, sadly).  I would definitely recommend chasing after some lizards for fun to any kid who loves creepy-crawlies and cold-blooded reptiles. Ranging from geckos to iguanas, and some even being invasive species (meaning that they are not naturally from that area and brought by humans, click here to learn more about them) live in St. Kitts. But the best part is, you don’t even have to go to the Caribbean to have a great time catching lizards: you can also catch them (and hopefully release them) in most places around the world, because they live on every continent except Antarctica. I would guess that the best time to catch lizards is close to dawn and dusk, so get hunting!

4. Snorkel with Fish on a Reef

While we didn’t get the opportunity to swim with sharks on this trip, we did get to swim with regular fish. We went to a place called Shipwreck Beach (it wasn’t exactly the epic Mayflower-type submerged ship with sharks and octopus and all that I was imagining, but still fun), where there was a coral reef with clear blue water and pretty big fish.  It was really cool, and a little scary to swim along the outskirts of the reef and watch flashes of fish appear through water. Reefs around the world are dying out, due to pollution and climate change, such as the Great Barrier Reef off the Coast of Australia, and the Caribbean is no different. According to the Guardian, the Caribbean has lost up to 80% of it’s covers of coral reef in the past couple years. It is bad in many ways that the reefs in Caribbean are dying out, one of them being that there are endangered and key species of coral and sea turtles that live in these waters.

A picture of the Monkey that I was close to

Another feature of Shipwreck beach was that you could see monkeys in the wild, which has always been special to me because it’s been on one of my moms, Mama Jen’s bucket list since forever. I think that there is a program that lets you hold monkeys, which we didn’t do, but a monkey did come up close to me (about 5 ft away). I took some pictures, and got away from it (I guess that story of a woman getting attacked by her pet monkey always haunts me). The type of monkey that we encountered on our trip was the vervet monkey, which seem to be the only type of monkey in St. Kitts to my knowledge. They are also not native to the Caribbean, and actually came from Africa, brought by the French in the 17th century. Another thing that I stumbled upon while researching St. Kitts wildlife for this post is that St. Kitts is actually one of the destinations for scientists to come and take monkeys to subject them to testing in places such as the U.S. The ARFF has more information on this cruel trade. 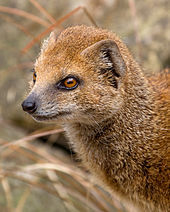 Here’s a Picture of a Mongoose If you were wondering! 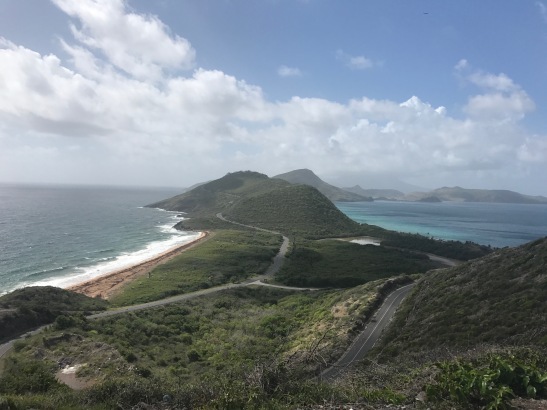