A diagram of the respiratory system

The respiratory system is one of the body’s main systems that keep it going. It is a system, which is defined as a group of parts that work together to perform a function. A function is a job or ability that a certain thing can perform. For example, a mechanical pencil is a system that performs the function of writing. In our respiratory system, some of the certain parts that work together to create its system are the lungs, which hold the air, the nose and mouth, which both bring air into the lungs, and the alveoli, which help oxygen get transferred to the blood, where it is circulated all around the body.  The respiratory system’s function is breathing, which causes oxygen to circulate through the body, and thus keep us alive. 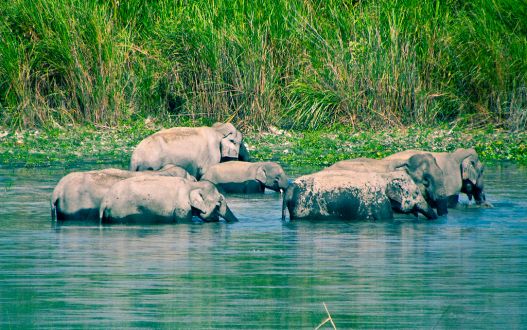 Elephants should compete in the swimming olympics!

One of the ways the human respiratory system is different from other mammals, specifically elephants, is within the pleura. In the respiratory system of all mammals, including humans, there is a sleek layering of tissue wrapping around the lungs that lines the chest cavity, called the pleura. The area within the pleura is called the pleural cavity, and all animals have it. That is, except for elephants. They are the only mammal on Earth that doesn’t have a pleura; that space is instead filled with a strong connective tissue. This unique advancement makes it so that elephants can snorkel in relatively deep water, an ability that is also aided by the elephant’s unusually long nose, also known as a trunk. Scientists aren’t entirely sure why this is, but some theorize that it traces back to the elephant’s aquatic ancestry, since creatures like elephants, hippopotamuses and manatees actually come from a common ancestor that dwelled in the ocean. 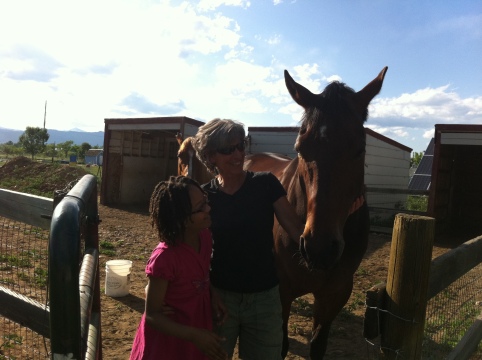 Me, Nancy and Blue

The respiratory system of humans is also quite different from horses. It’s common knowledge that, as humans, we can breathe though both our mouth and our nose (or at least I hope so!). However, for horses, it’s a bit different. In their respiratory system, horses can only breathe through their nostrils, and it’s impossible for them to breathe through their mouths, even if they’re in an emergency situation, such as drowning. This is because horses have a piece of tissue covering the windpipe, called a soft palate, that only opens when swallowing, to prevent horses from inhaling their food. On the downside of this, horses don’t have as much breathing flexibility as humans and other animals, which means that a horse wouldn’t be able to breathe if something was blocking its nostrils. 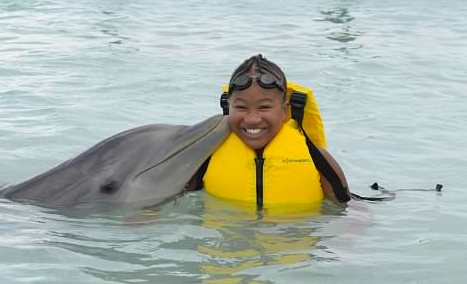 Fun Fact: Dolphins are also fans of yours truly!

Another mammal that has a different respiratory system than that of humans in the dolphin. Although they dive deep into the ocean, dolphins can avoid getting the bends, also known as decompression sickness, because of their special lungs. Decompression sickness is a painful condition that is causes when a deep sea diver rises to the surface too quickly, causing nitrogen to form bubbles in the blood which can get stuck in the joints. It happens when people when they ascend too quickly, because nitrogen in the air cannot be breathed out fast enough, causing it to build up. Dolphins have avoided getting the bends, because of their collapsible lungs, which basically means that they have an extremely fast breathing rate that effectively takes out all the nitrogen in the lungs, collapsing them entirely. This special ability make it so that dolphins can swim deep and come back up very quickly without getting sick.

Don’t smoke around this cute mutt!

Most people know that cigarette smoke is bad for both humans and mammals, such our pets, especially in the respiratory system, but did you know that the type of cancer that your dog could get from secondhand smoke depends on the length of its muzzle? A dog with a short or medium size muzzle are more likely to develop lung cancer than dogs with long muzzles. In turn, a dog that has a long muzzle is much more likely to develop cancer in the sinuses, because there’s more area for cancerous growths to form. Dog owners beware!

Needless to say, Coelacanths are not entering any beauty pageants anytime soon!

Although this last animal is definitely not a mammal, I thought that it would be interesting to look at the many parallels between them. The last animal on this list is a coelacanth, which is a human-sized fish that had been a species since before the dinosaurs. Scientists have found that, before the dinosaurs, Coelacanths had breathed with lungs instead of gills, like most, if not all, fish. This lung most likely made it easy for them to dwell in waters with low-oxygen. Another interesting fact is that coelacanths give live birth, something else that’s very odd for a fish to do. What an unusual fish!