Depictions of Animals in Egyptian Mythology

Hello everyone! Sorry that I’ve been on somewhat of a hiatus, I was trying to focus on my first year of middle school. Now that I’m on summer break, I will post more frequently. Currently, I’m on a trip to Paris, France with one of my moms to speak at a conference about James Baldwin. A couple days ago, we went to the Musée du Louvre, and, although the Mona Lisa and the other old European paintings were cool, we both agree that the Egyptian section was our favorite. Among other things, I loved the animal sculptures, which represented the Egyptian’s admiration for many animals that were used commonly for religious and work purposes. Quite a few of the Egyptian gods are represented by animals, such as the falcon or hawk god of the sky, Horus, and the cat or lioness goddess of music, joy, dance, love, cats, family, and protection, Bastet. This religious worship of animal gods often led to the animals they are represented by being seen as holy. For instance, Bastet, who is usually portrayed as a cat-human hybrid, helped create the Egyptians’ belief that cats are sacred. Besides gods, there are also many examples of animals littered throughout Egyptian mythology. I thought that I would talk about some examples of animals in Egyptian mythology that I saw in the Louvre. 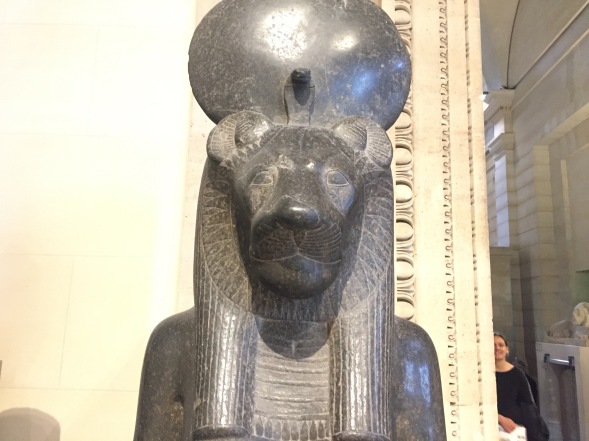 Often depicted as a half-lioness, half-woman hybrid, Sekhmet is the goddess of healing, in addition to being a warrior goddess (I guess she’s a warrior doctor or nurse). The lioness was chosen to be her representative animal because the Egyptians thought that lionesses were the fiercest hunters on Earth. In some of the temples dedicated to Sekhmet, tame lions and lionesses were kept and pampered with people regularly praying to them. The circular disk oftentimes shown above her head, such as in the picture above, is supposed to be a solar disk, referencing the fact that she is a solar deity, and the uraeus, a cobra symbol of the goddess Wadjet, which associates Sekhmet with royalty. Not only was Sekhmet the goddess of healing, she was also believed to be the goddess of fire, war, dance, and love. 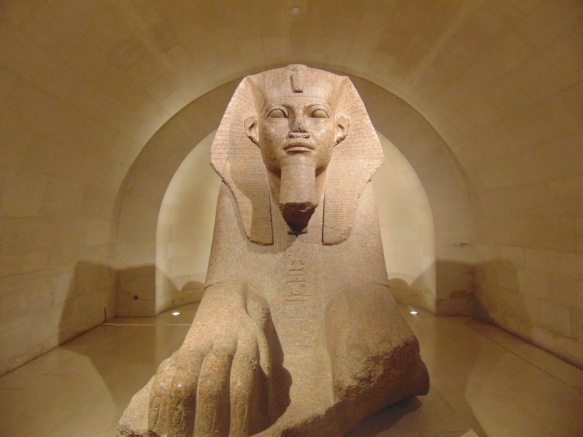 The Great Sphinx of Tanis

Surprisingly, the mythical creature known as the sphinx is present in both Greek mythology and Egyptian religion. Although the sphinx is most well known for its role in Greek mythology as a hybrid creature that tells riddles to travellers who want to get past her, the myth of the sphinx actually originated from Egypt. As many already know, the base physical requirements of a sphinx are the body of a lion and the head of a human. In Greek mythology, the sphinx has wings, and the head of a woman, while in Egyptian mythology; the sphinx has the head of a man wearing the Nemes, a striped head cloth only worn by pharaohs, and is devoid of wings. Egyptian sphinxes were thought of as protectors for the graves of pharaohs, and were seen as ferocious creatures that would release their wrath on grave robbers. On the Great Sphinx of Tanis, there are the markings of the pharaohs Ammenemes II, Merneptah, and Shoshenq I, and the sculpture itself may date back as far as 2600 BC. There are many people who think the Grand Sphinx of Tanis watches over the rest of the Egyptian collection at the Louvre. 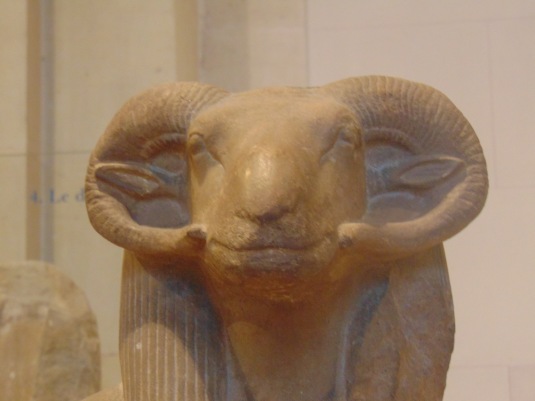 In Egyptian mythology, Amon-Re, or just Amon, was the king of all other Egyptian gods, and the creator/god of life and fertility. Even though a goose sometimes symbolizes Amon, the main animal associated with Amon is the ram, or a criosphinx, which is a sphinx with a ram head. One of the many entrances to the Great Temple of Amon is lined with stone criosphinxes that seem to guard the passageway. Even the most powerful pharaohs to rule over Egypt were simply known as his sons, and Amon’s following, at one point, had enough wealth and power to endanger the rule of the pharaoh. As cool looking as the statue in the picture above looks, nothing can change the fact that the creator of all life and the god of gods is a ram. Of course they made the goddess of healing a lioness, but apparently making the creator of life itself anything cooler than a ram was too difficult. Baa, I guess. 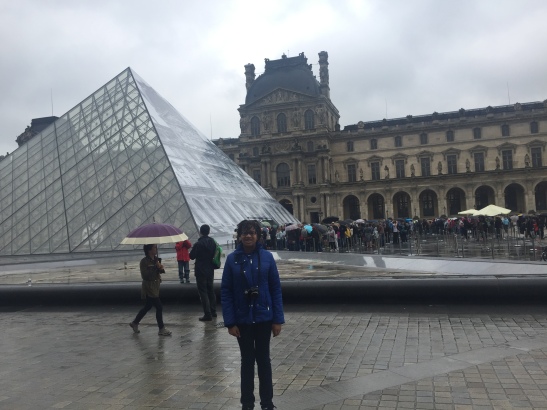 Me at the entrance to the Louvre 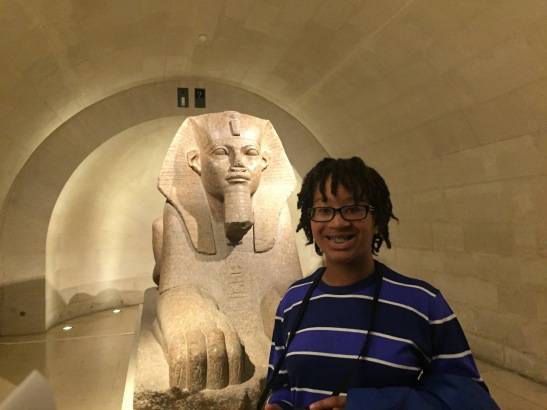 Me with the Great Sphinx of Tanis 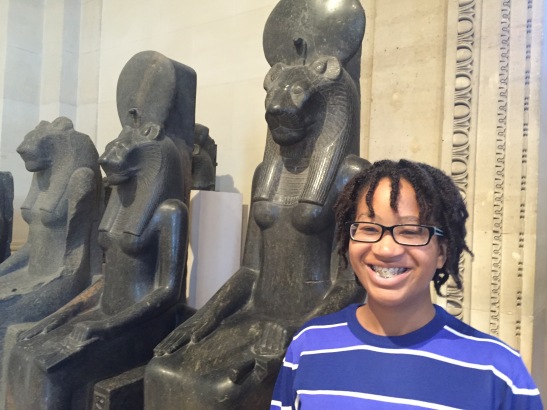 Me with the statue of Sekhmet 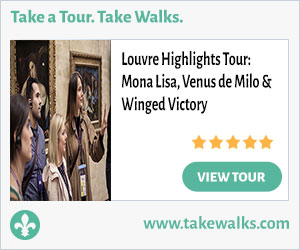 Now you’ve read this post, if you enjoyed it, and the Louvre sounds like someplace you can or would like to visit on a trip to Paris, be sure to check out TakeWalks tours with the link above!

One comment on “Depictions of Animals in Egyptian Mythology”

This entry was posted on May 31, 2016 by wordsartanimalsandlove in Advice/Reviews, Animal Facts and tagged Egypt, gods, lioness, louvre, museum, mythology, paris, ram, sphinx.