Re-finding Nemo! (And he is not friendly!)

So I went to Atlanta,Georgia, and went to the aquarium there and saw some clownfish. That got me thinking, so on the way back home on the plane, I read a cool book called Extreme Nature to learn more about them. I thought it was very cool — just read it!!

Did you know that clownfish are not just the cute animals swimming around in Nemo? 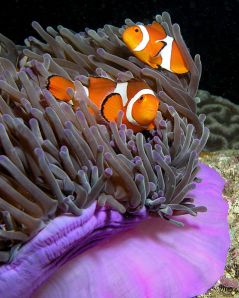 This entry was posted on February 11, 2013 by kidsanimalstation in Animal Facts and tagged clownfish, fish.