I researched five different animals that you might not know about.

First is the liger. A liger is a cross between a tiger and a lion. They don’t exist in the wild, only in captivity. Some are about as big as a lion and tiger put together. Learn more about them in this video:

Second, there is the carcal. It jumps very high to catch prey high in the air, like birds. It is about the size of a serval and lives in Africa. Watch carcals jump in this video:

Third, let me tell you about the degu, a small mammal. They are not endangered and can be good pets. If you have one as a pet you have to give them dust baths. Learn more about degus as pets at this website. 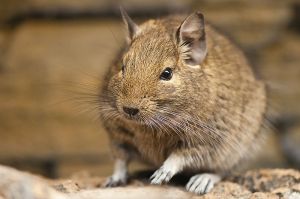 Fourth, there is the Chinese softshell turtle. It pees through its mouth. The turtle sticks its head in the water for up to 100 minutes when it goes to the bathroom. My aunt sent me this article about them from The Economist. It’s a good read. You should read it, too.

Fifth, I learned some facts about the colossal squid. This squid has an anus between its gills. Think about it for a minute: that’s where it breathes. (Yuck!) I also learned they have blue blood and their brains look like a doughnut and wrap around their esophagus. If they eat something too big, they will suffer brain damage! I watched a Discovery Channel documentary about these weird creatures, and I would recommend watching this movie, because it taught me lots of facts about the colossal squid.

So, are these weird animals or what?